Microsoft Australia’s new The Big Picture event is truly an experience. Starting yesterday in Melbourne with The Big Picture Partner Day, followed today by a customer day; the event is geared strongly towards the “story” of IT, rather than all the different bits and pieces of product we all look after in the infrastructure world. 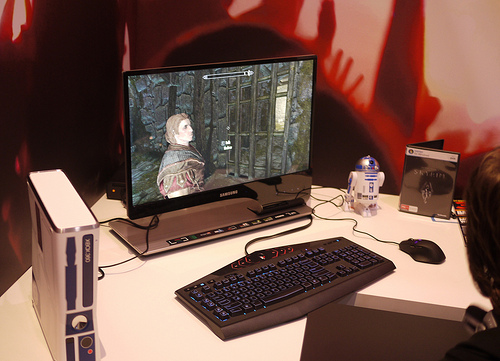 The event is laid out almost like a small version of the TechEd expo hall, with theatre-styled session rooms at the back and a large lounge area in the middle. It has six different themed rooms around the perimeter of the hall. Each of these is geared towards a different part of the IT world.

The room that appealed to me most was Mission Control. It’s all about data centre optimisation and automation in the corporate world. Sessions in this room talked all about using tools such as the System Center suite and Microsoft InTune to optimise your data centre and fleet, while minimising administrative efforts. Throughout the day a number of interesting sessions were run in here, including sessions on VDI, Self-Service IT and data security.

A popular choice was the Modern Home area. This showcased all the cool Microsoft tech you might have in your house – Xbox 360, Windows Phone 7, Microsoft OneNote and Internet Explorer 9. Kinect was highly visible, playing a big role throughout The Big Picture, making it plainly clear just how hard Microsoft are pushing this product. With the recent announcement of Kinect for Windows, it’s no surprise that they’re putting so much effort and enthusiasm into this product.

The Ultimate Customer Experiences room showcased some exciting approaches to customer service and management. Using tools such as Microsoft Dynamics, Surface computing and, of course, Kinect, Microsoft staff showed a number of unique ways to approach customer and product interaction. 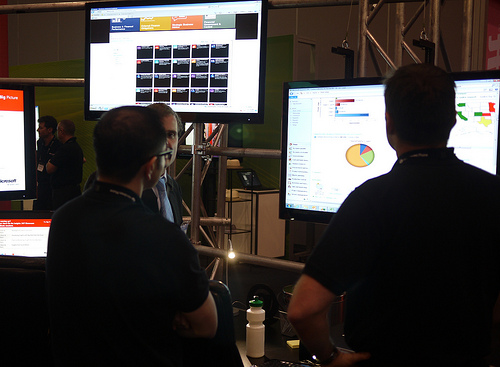 As an IT Pro, I don’t get to play a lot with data visualisation and BI, so Insights 24/7 was of great interest to me. We saw demos of SQL 2012 (Denali) and SharePoint 2010 working together to create some very impressive reporting and dashboard-style interfaces. SQL Server Reporting Services has come a long way in SQL 2012 too, allowing for very intuitive drag and drop report creation and customisation with data from OLAP cubes (including the very impressive Azure data market).

Beyond visiting the coffee cart, I didn’t spend a whole lot of time in The Future of Productivity. This is mostly due to the fact that it was crazy busy all day! Showcasing the entire Microsoft productivity stack, including SharePoint, Exchange, Lync, Office, Windows Phone (etc, etc) this was an impressive area showing people just how easy it is to integrate all your communications and productivity into the Microsoft ecosystem.

The uncontested winner of the popularity award at The Big Picture was smack bang in the middle of the hall; World of Devices. It consisted of four separate spaces focusing on new hardware and software. Hands-on displays allowed attendees to play with Windows Phone 7.5 (Mango) devices, as well as new, thin, Ultrabooks from ASUS, Acer and more. One exciting prospect is Sesame Street for Xbox 360 and Kinect. I won’t say it’s a game, because it seemed more like an interactive episode of the TV show. This opens up some interesting new avenues for entertainment and education. For example, one section involving counting required the viewer to throw coconuts at Grover after he dropped them, which he’d proceed to count out loud. This level of interaction is never before seen in television, and I can’t wait to see what this will mean in the future (come on, HIMYM!). 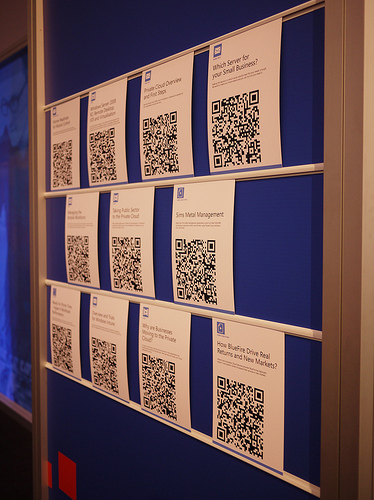 Microsoft again employed the burgeoning QR-code based Tagly technology to provide a level of social interaction within the event. Rather than the traditional bags of swag and business-card swapping, attendees simply sign up and create an online “DigiPack”. Scanning the various QR codes located around the venue allows you to fill your swag-bag without having to carry ridiculous amounts of paraphernalia. The method proved very popular, with people huddled around the various QR code walls scanning the codes with their devices.

This event is a great idea by Microsoft. It allows us to come together to talk geek and play with lots of cool stuff we otherwise wouldn’t have exposure to. The short sharp talks are a nice change from the longer sessions of TechEd. They’re a nice taster on the products and technologies that go deep enough to generate an appreciation and enthusiasm without becoming overwhelming.

The Melbourne event is over for now, but if you’re in Sydney get excited – your event is on next Thursday, 1 December 2011. If you haven’t signed up, make sure you do, as it’s well worth attending. Hopefully this event can expand next year to cover places like Brisbane and Perth, but it’s certainly off to a flying start.